Established in 1984, Robynmore Calisthenics College was founded and is still run by Principal Coach Robyn Bond, originally located in Strathmore and Essendon areas. Today, Robynmore CC operates from its own purpose-built studios in Tullamarine, Victoria by Robyn and her daughters Stefanie Bond & Natalie Bond.

Robyn attended Calisthenics from a young age at the prestigious Clifton Calisthenics College, owned and run by Miss Vera Hopton. After many years of performing, Robyn was inspired to become a coach, and eventually opened the doors to her own calisthenics club in Strathmore after the birth of her 3 children. The club has since thrived and is now competing in the highest division in the state of Victoria.

All of Robynmore’s age groups attend a series of competitions in the second half of the year, all of which are accredited by Calisthenics Victoria (CV – further information can be attained on their website: www.calisthenics.asn.au).

Robynmore Calisthenics College also hold an annual concert to display the amazing talent the club has to offer.

Whilst Calisthenics is predominantly a team sport, at Robynmore Calisthenics College, we support and encourage members who wish to further their abilities by attending Pupil Skill Exams, State Team auditions and participating in Solo/Duo competitions.

Robynmore pupils learn commitment, dedication, confidence and the importance of being part of a team, and are taught by an experienced and dedicated coaching team. Robynmore Calisthenics College is a family orientated club, and appreciates the support given by not only parents, but also grandparents, brothers and sisters as well!

Robynmore prides itself in teaching pupils of all ages with care and ensures that all students develop the best of their ability, as well as providing a fun and safe environment.

Calisthenics is an artistic sport that is unique to Australia. The sport encompasses gymnastics, marching, singing, simplified ballet, folk and modern dance, as well as apparatus use. Working in teams it combines the best aspects of sport and art.

Like dancing, Calisthenics is performed on stage and students from ages 3 and over can learn and perfect between 4 and 8 different routines over the course of the year. All of these routines are taught in one class, which is of great benefit from a time and financial perspective.

Calisthenics students are taught a huge amount of different skills which will aid with both their physical and mental development. Not only do they learn a huge variety of gymnastic, dancing and singing skills, but the discipline also teaches basic life skills, such as self-confidence, teamwork, discipline and commitment. It is also a great way to make new lifelong friends.

Each year all age groups work towards a series of competitions between the months of July and October at various venues, with an annual display in October. Robynmore encourages all students, families and members of different ages to come along to support and encourage our students during this time of the year.
Competition time is the most rewarding time of year as all involved get to see how far the students have progressed during the year, as well as fun to get dressed in costumes and perform on the stage! 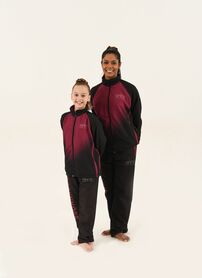 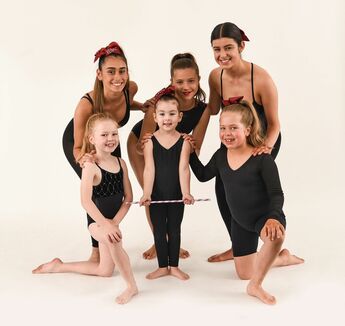 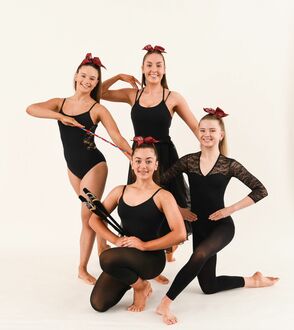 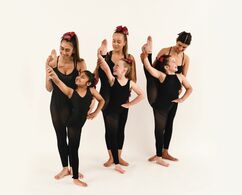 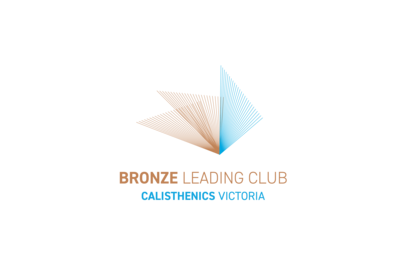 Robynmore CC is currently working to achieve Best Practice in Club Administration through the implementation of the Leading Clubs Program via Calisthenics Victoria.

RCC has achieved Bronze status and are working towards achieving Gold status in 2021.